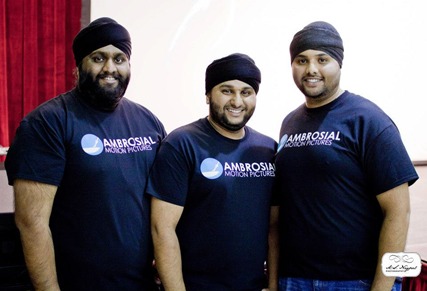 After film school, we decided to take our interest in film and video seriously and formed Ambrosial Motion Pictures LLC, an independent production company that would be the stepping stone for us into the creative scene. After producing a few short films and ads we wanted to perfect our art further with regular productions and do more than the occasional short film.

​One thing led to another and we pursued the idea of filming live events particularly weddings and decided that if we were going to do it, then we would do it right and professionally. This lead to the creation of Ambrosial Films, our company's live event division. Five years later we continue to pursue our passion by filming and editing weddings for our wonderful clients so they can cherish their memories for years to come.

Besides weddings we also produce commercial advertisements and documentaries for various businesses. Our aspirations are to one day produce a feature length films! #OscarWorthy =)